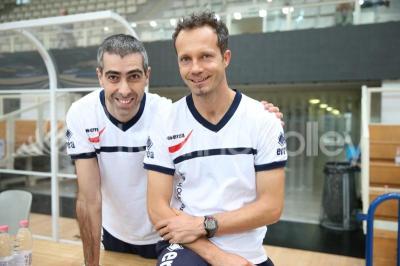 As in any work reality, Also in sports (and especially in a discipline such as volleyball) it is essential to know how to build a high-level staff. The successes of the team that takes the field are in fact so the result of the technical and tactical abilities of each individual player, but also they derive from the professionalism of those, those players, follows them “shadow”, enabling them to make the most important moments in.

E’ just that a fundamental point: deciding earlier this year, starting from the planning season with head coach, the staff and the companies which are the real objectives of the team, regardless of the official press statements. In fact, it is too simplistic to say : “I want to win every game”, this is pure utopia.

This is not to say absolutely that in some situations we should take the field to lose, but should always keep in mind that the seasons are constituted by technical working cycles, physical and tactical, and that the optimal management of these cycles can lead to making a difference in races that count.

In this context, able to make use of an athletic trainer, a physiotherapist, an excellent doctor, will allow players to take the field full of energy and no ailments, and the head coach to field the best possible education to be able to play until the end of the big games.

Nomi come Powder, Long, Bertoluzza are certainly less bombastic than Juantorena, Kazyiski or Stokr, but these players (like all members of the team) they need the competence and professionalism of the first, and thanks to the professionalism onto the pitch in the best condition possible form. 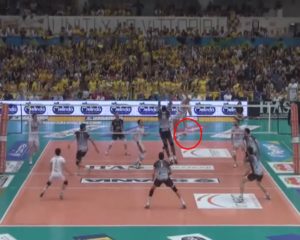 The state of form of Trento has testified, paradoxically, by an action in which it underwent a point Trento: Djuric attacks initially far from Raphael and jumps so high that clashes with his foot on the network lower belt off balance. If the player's form had not been on top at that time he could hardly make a jump like that.

Trento during his years of success has made use of the absolute level players, to which the company also has added professionals that these athletes can have the greatest confidence. I believe that of Trentino Volley is a role model for all whatever their level sports clubs: try professionalism at all levels certainly brings results.